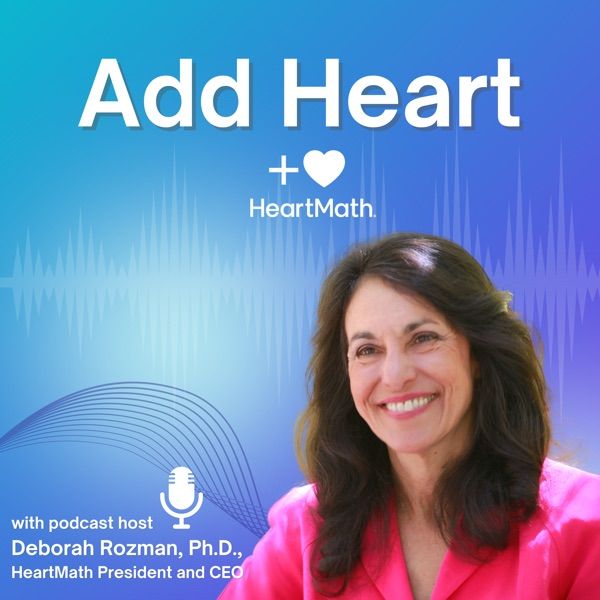 The Heart - A Transmitter of Information to the World

The Heart - A Transmitter of Information to the World

For humanity to learn to get along with each other, it will require more heart. Despite the seemingly unsolvable separation and polarization between people and groups that we see, there is also an amplification of the collective heart throughout the planet. More people are realizing that we are all interconnected, and we need to help each other through increasing kindness and care. The omnipresent virus, climate change and extreme weather events, and an uncertain future are waking us up to our interdependence with each other and with nature.

In this Add Heart® Podcast episode, our guest Ervin Laszlo, Ph.D, a systems scientist, Nobel Peace Prize nominee, and founder-director of the Laszlo Institute of New Paradigm Research in Italy, joins our host Deborah Rozman, Ph.D., to talk about the critical importance of this time and the essential role of the heart for the future of humanity.

Ervin talks about his systems research and the quantum field and how the heart is a transmitter of information to the world. He explains how the heart helps us feel like we are part of nature and the universe and enables us to know that all things have to work together. Ervin and Deborah inspire us with their perspectives on how we can connect more with our heart day to day, to uplift our own life experience while simultaneously adding more heart to the world.

Deborah closes the episode by leading us through a heart meditation that we can use to energize and deepen our intentions to add more heart to our world throughout the new year.

More about our guest:

Ervin Laszlo, Doctorat d’Etat Sorbonne (1970), is founder-director of the Laszlo Institute of New Paradigm Research (Italy), founder and president of the Club of Budapest, fellow of the World Academy of Art and Science, member of the Hungarian Academy of Sciences and of the International Academy of Philosophy of Science, Senator of the International Medici Academy, and editor of the international periodical World Futures: The Journal of New Paradigm Research. He is the recipient of the Goi Peace Award (2001), the International Mandir of Peace Prize (2005), the Conacreis Holistic Culture Prize (2009), the Ethics Prize of Milan (2014), and the Luxembourg World Peace Prize (2017). Laszlo is an honorary citizen of the City of Buenos Aires and Honorary Professor of the Buenos Aires Institute of Technology and holds honorary Ph.D’s from the United States, Canada, Finland, and Hungary. He is the author or co-author of over one hundred books that have been translated into twenty-four languages. He was nominated for the Nobel Peace Prize in 2004 and 2005.