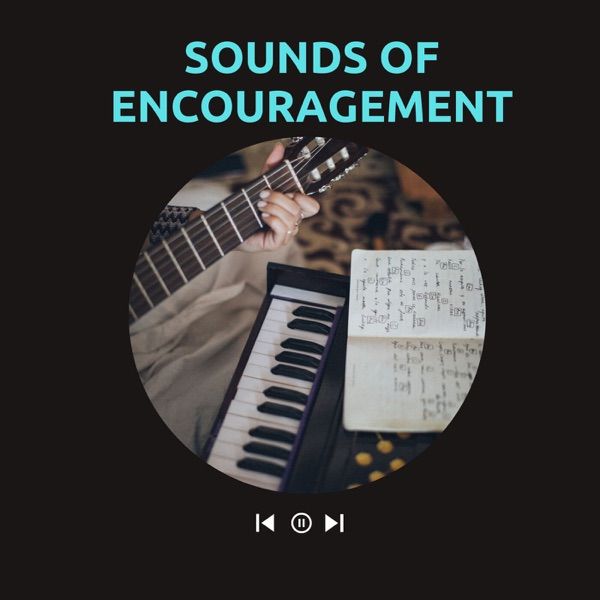 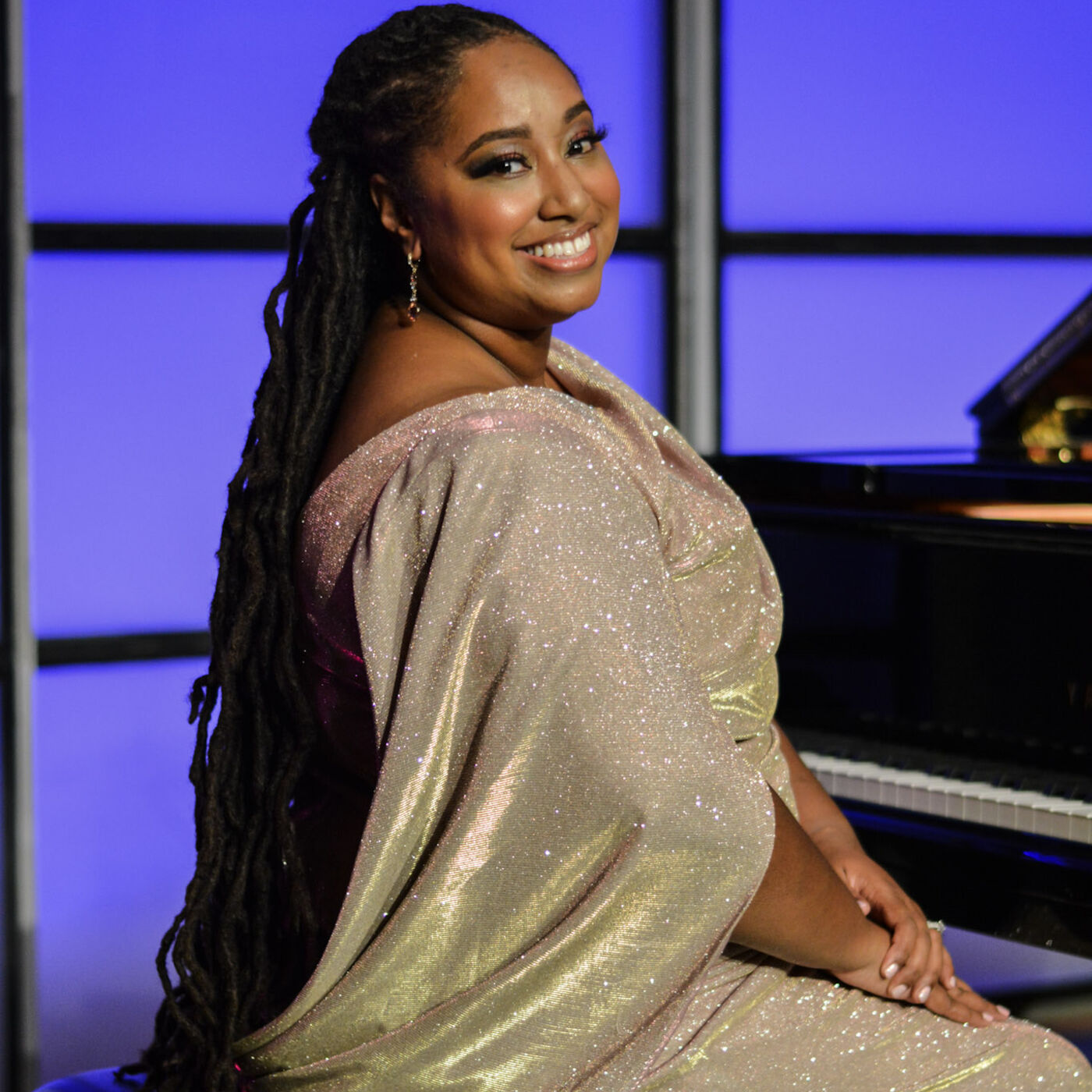 Jessica Evotia Andrews-Hall is an award winning pianist who is in demand as a collaborative performer, teaching artist and arts advocate. Her past teachers include Michi North, Dr. Peter Mack, Dr. Rebecca Steele, Francis Walker-Slocum and Dr. Karen Walwyn. Under their guidance, she has performed at venues like Carnegie Hall, the White House and Benaroya Hall. In 2011, Jessica became a Seattle Symphony teaching artist where she was an early education childhood specialist and created music curriculum for babies and preschool. She also led Carnegie Hall Link Up residencies that taught hundreds of students to perform along side the orchestra. She also helped homeless families write and record songs with Seattle Symphony musicians for their children during The Lullaby Project. In 2013, she was featured in a traveling museum exhibit called Treemonisha: Celebrating African Americans in Classical Music. In 2019, Jessica became a pianist for the Pacific Northwest Ballet and recently completed her third tour with the Seattle Opera. As an avid arts advocate, Jessica uses music to inspire, motivate and empower people. She is the owner of JAM Studios which is a large vibrant piano studio where she teaches private and group lessons for ages two to senior citizen. Jessica is on faculty at Music Works Northwest where she created a popular Parent & Me group piano class and her Creative Keyboard summer camps sell out every year. As a Steinway teacher and educational partner, Jessica has been teaching piano for over a decade and her students have went on to music conservatories, competed on nation wide televised competitions, performed on Broadway in NYC and pursued professional music careers. Jessica has an equal passion for providing quality arts education and lighting up the concert stage and she feels extremely fortunate to be doing both every single day!

To learn more go to: http://jessicaandrewsmusicstudio.com

Composer, arranger, and teacher, Christopher Norton is universally regarded as the leader in his field. Born in 1953, he is a New Zealand-born, now Canadian-based composer.

His long and fruitful association with Boosey & Hawkes has resulted in the world-famous Microjazz series, the Preludes for piano, 2 Concert Collections for piano and, with his wife Wendy, 30 Micromusicals.

In 2005 he wrote Connections for Piano for the RCM. The series is now owned by Christopher and published by his own company, www.80dayspublishing.com. In 2006 he wrote American Popular Piano for Novus Via Publications.

Christopher is in high demand for his unique and creative presentations, both live and on line. He offers sessions ranging from improvisation coaching for private teachers to adjudicating non-competitive piano festivals with literally thousands of student entries; from offering personal, intensive master class sessions at all levels to lectures in advanced composition. Everywhere he goes, his fresh and uplifting approach to music never fails to inspire and enlighten all who attend.

In the last 5 years, Christopher has written a series of concert works A very well received Jazz Piano Sonata, an Italian Suite for 2 Pianos, a Turkish-Anatolian Suite for 2 pianos and an Idaho Suite for solo piano are among the many new publications from 80dayspublishing.

2) "Christ on the Mount of Olives" Op. 85 Hallelujah by Beethoven performed by UCLA Philharmonia, UCLA Chorale,  and Angeles Chorale
https://www.youtube.com/watch?v=5ZKWcn7bqsQ&t=4s

4) "So What" by Miles Davis
https://www.youtube.com/watch?v=zqNTltOGh5c

5) Prokofiev Piano Concerto No. 3 performed by Martha Agerich with the Singapore Symphony
https://www.youtube.com/watch?v=BS0SwRoYAW0&t=143s

Wendy Edward’s Beardall-Norton was born in Toronto, Ontario, raised in Hamilton, Ontario, married and lived in Toronto and in Fredericton, New Brunswick, where she lived and taught music and was very involved with the musical life of the city for over 40 years, and where two of her sons, Gregory and Cameron and their families still live.

In 2014, some 15 years after her first husband, Alan, died, Wendy was remarried to Christopher Norton, a man well known in educational, religious and entertainment-style music in many parts of the world. The couple settled in the U.K., Chris’s adopted country, in London, where Chris had lived for a number of years.

In 2018 Wendy and Chris moved to Stratford, Ontario, Canada, (close to where youngest son, Jeffrey lives with his family in Toronto), where they continue to enjoy both the life-style, the people and the vibrant music community. They travelled pre-pandemic to much of Canada, the U.K., the U.S., Australia, New Zealand, Europe and Asia both to work and to visit with Chris’s three children, Daniel, Juliet and Isobel and their families in various parts of the U.K., and to visit close friends and relatives in France, NZ, Portugal, the Netherlands, the US, and other parts of the world.

Wendy has published three books of piano music, the first two with Debra Wanless Publishers (www.debrawanless.com), the third with 80dayspublishing.com. She has, with Christopher, created 31 MicroMusicals which are taught as part of the curriculum in a number of UK schools> Wendy writes story-lines, lyrics, and in some cases the melodies; she has also co-authored 10 books of songs from the Micromusicals, for use in vocal examinations and Festivals. Wendy has also written new melodies for 20 John Wesley Hymns which are being released as Eternal Depth by 80dayspublishing.com and as audio under the title Wesley Rediscovered. She is proud to say that her youngest son Jeffrey has been the sound engineer and also a musician on the last project and his daughter Riviera is one of the singers on the album! Finally, Memories, a book of songs with music and words by Wendy, is about to be published by 80dayspublishing.com.

You can find much more at https://wendyedwardsbeardall-norton.com

In this special episode to celebrate the One Year Anniversary of the Podcast, we dive into issues faced by Creatives in the LGBTQIA+ community. We have much to learn, share, and lean into.

Please check out Aaron Johnson Levy's show "The House" on FoxSoul (on YouTube or streaming).
https://foxsoul.tv/shows/the-house/
You can give feedback about and support the show by contacting Jack Abernethy at:
Email: [email protected]
Postal Address: 1211 Avenue Of The Americas, New York, NY 10036

A short and informative resource for gender and sexuality can be found at:
https://www.queensu.ca/psychology/van-anders-lab/SCTzine.pdf

The following list and links are available as resources or emergency hotlines:
LGBTQIA+ Organizations

It Gets Better Project https://itgetsbetter.org/?gclid=CjwKCAiA78aNBhAlEiwA7B76p1vKoGYfCu45iPqzNspl-LA2xhuU154XPK4J77udZiPvfQ-iHiufuhoCyF4QAvD_BwE

Seth Thomas holds a Master of Music degree in piano performance. He believes that an efficient technique is key to enabling students of all ages and ability levels to achieve their full musical potential. His education and experience with the Taubman Approach and Alexander Technique allows him to help his students avoid fatigue and injury at the piano. Seth Thomas has been playing the piano since the age of 7. Throughout high school, he studied with Thea Hoekman and Carolyn Steinberg. Mr. Thomas holds an Associate of Arts degree in music (summa cum laude) from Collin College, where he studied with Dr. Brian Allison. He also holds a Bachelor of Music degree in piano performance (magna cum laude) from the University of Texas at Tyler, where he studied with Vicki Conway. During his time at UT Tyler, he was the recipient of numerous music and academic scholarships. In May 2016, he graduated with honors with a Master of Music degree in piano performance from Cleveland State University, under the instruction of Dr. Angelin Chang and Ms. Joela Jones. Mr. Thomas has also studied with Sheila Paige and has played in master-classes presented by Ms. Paige at the Keyboard Wellness. He has also performed in masterclasses with Dr. Christopher Fisher, Ann Saslav, and Spencer Myer. Mr. Thomas is an active private piano instructor in the DFW area. He has served as an adjunct instructor at The University of Texas at Tyler, where he taught Harmony and Keyboard. He helps piano students of all ages recover from and avoid fatigue and injury at the piano through efficient movement.

Top 5 Songs of Encouragement
1) Mahalia Jackson, "No Night There"
https://www.youtube.com/watch?v=gE9nr1ga-cA