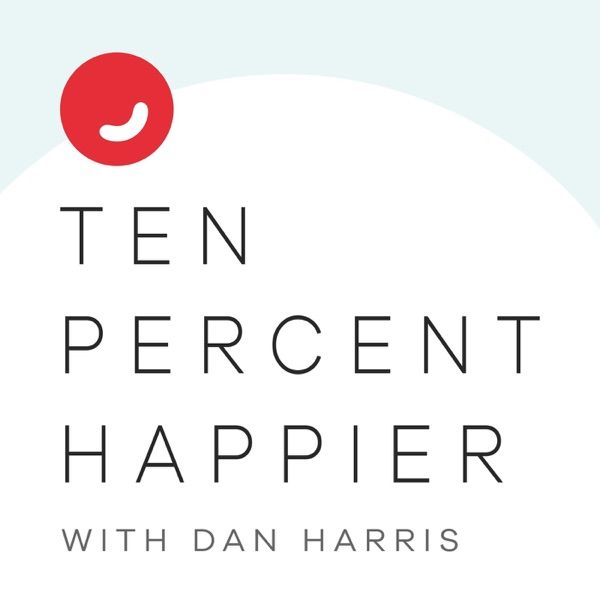 New episodes come out every Monday, Wednesday and Friday for free, with 1-week early access for Wondery+ subscribers.

Dan Harris is a fidgety, skeptical journalist who had a panic attack on live national television, which led him to try something he otherwise never would have considered: meditation. He went on to write the bestselling book, 10% Happier. On this show, Dan talks with eminent meditation teachers, top scientists, and even the odd celebrity. Guests include everyone from His Holiness the Dalai Lama to Brené Brown to Karamo from Queer Eye. On some episodes, Dan ventures into the deep end of the pool, covering subjects such as enlightenment and psychedelics. On other episodes, it’s science-based techniques for issues such as anxiety, productivity, and relationships. Dan's approach is seemingly modest, but secretly radical: happiness is a skill you can train, just like working your bicep in the gym. Your progress may be incremental at first, but like any good investment, it compounds over time.

486: Malcolm Gladwell on: Working From Home, Kindness, Sacrifice, and Making Mistakes
Malcolm Gladwell talks about his controversial work from home views, and why we need to engage and investigate other peoples’ lives in order to be morally alert humans.

500: Unhappiness Is Not a Life Sentence | Christina Feldman
Is it possible to be happy no matter what happens? Today’s guest, dharma teacher Christina Feldman, talks about the second foundation of mindfulness known as vedena and shows how working with it can help us to disarm and disable potential suffering in our lives.

410: Why You’re Not Seeing the World Clearly— and How to Fix It | Jessica Nordell
Journalist Jessica Nordell, dives into her book The End of Bias, A Beginning: The Science and Practice of Overcoming Unconscious Bias.

499: An Antidote to Body Shame | Bonus Meditation with Dawn Mauricio
Try this powerful metta practice where you connect directly with the feelings of loving-kindness in your body and then expand out to others.

498: What "Getting Out of Your Head" Actually Means | Dawn Mauricio
What does “getting out of your head” actually mean? Today’s guest, meditation teacher Dawn Mauricio, helps us tackle this question by exploring the Buddha’s first foundation of mindfulness— mindfulness of the body and the practical ways to apply this foundation to our lives.